The Key to Combatting Disenfranchisement of Latino Voters 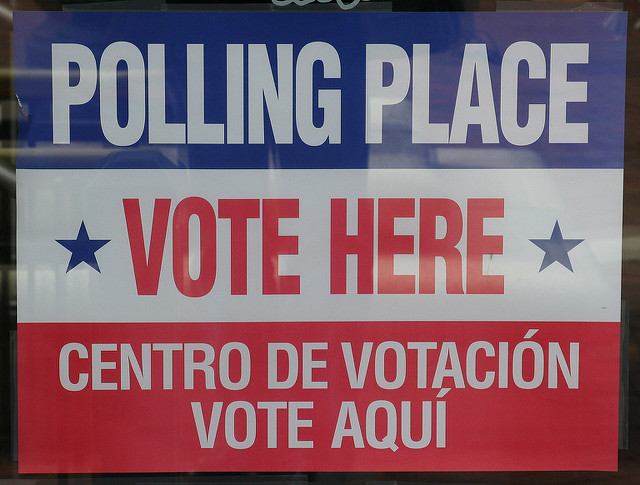 If fair and equal access to voting is a central tenet of a true democracy, then California’s democratic process is far from functional.

The great state is home to 14.5 million Latino people, 73% of whom speak Spanish at home. California Latinos have a significantly higher chance of living in poverty than the population as a whole. Nearly half of Latinos do not complete high school, and only one in ten go on to get their bachelor’s degree. Although Latinos are more likely than the general population to receive aid from government programs, the average dollar amount of benefits they receive is significantly lower than that of other recipients.

With the above factors stacked against Latino immigrants, it comes as no surprise that voter turnout is much lower in areas with high Hispanic populations than the California average. San Bernardino county, for example, is 51% Hispanic by population and had a total voter turnout of 11% of the population in 2014, compared to 42% in the state as a whole.

Creating accessible voting materials is key to combating Latino disenfranchisement in California. In 2015, Avantpage worked with the County of San Bernardino on creating readable, effective English to Spanish translations of voter information including electioneering signs, ballot measures, and arguments for and against to give voters a fair idea of what a “yes” or “no” vote would mean. We also translated voter registration materials into Spanish, putting the ballot box within reach for those who cannot fill out a registration form in English.

These translations, and all current and future Avantpage projects, focus on the core values of linguistic quality and communication with cultural sensitivity. To us, cultural sensitivity includes careful research of historically disadvantaged groups in order to make it possible for their voices to be heard. One way we achieve linguistic quality is by assessing the reading level of source texts and adjusting it for the target audience, whether they have had access to formal education or not.

At Avantpage we believe in the power of the democratic process to transform inequitable social circumstance, and we believe that good translation is key to the right of every citizen to understand and participate in elections.