Why You Should Care About Endangered Languages 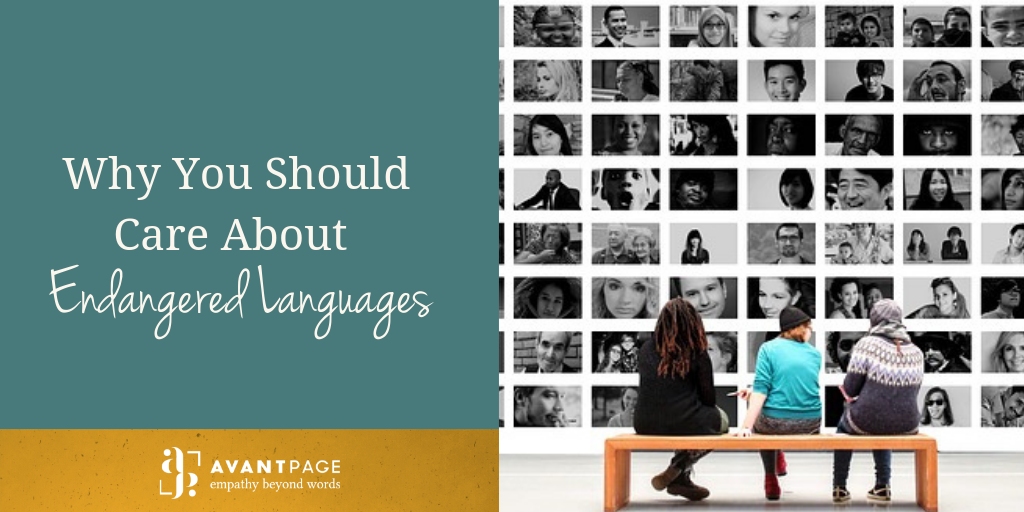 There are approximately 7,000 languages in the world. While half of the world speaks the largest 16 languages, it’s estimated that about 40% of those 7,000  are now considered endangered. Endangered languages fall on a spectrum of five categories which are used to define how at risk the language is:

Why are there endangered languages?

According to the Endangered Languages Project, there are many different factors that impact the vitality of a language. Languages enter into endangered status when they are passed on less to further generations. If your mother tongue is not passed down, and older generations are the only speakers, the language begins to pass away as the older generations do.

Some of these languages, particularly Indigenous Languages, are isolated from the rest of the world. While there may be hundreds of speakers in these insular communities – the lack of outside contact with the language creates the situation in which the language is endangered.

Why do endangered languages matter?

When we lose a language, we also lose part of the culture attached to it. Languages allow us to see the world from another perspective, and communicate in a new or different way. Languages are a transmission vehicle for culture, and as languages die, the cultures they represent also begin to die.

For more information on preserving endangered languages, the following sites provide a variety of resources:

If you’d like to start a translation project in an endangered language or any other language, give us a call at 530-750-2040, or request a free quote today.