5 Halloween Traditions From Different Countries You Need To Know 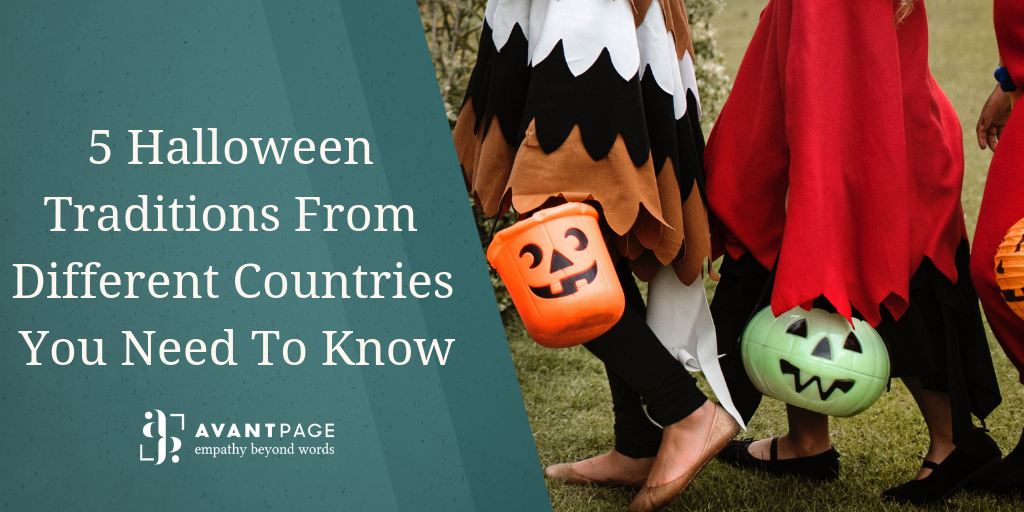 Wearing creative costumes, going door-to-door for candy, exploring haunted houses—these are some of the Halloween traditions in the United States. However, the way the US celebrates Halloween is the conglomeration of how other countries celebrate Halloween in accordance with their traditions and celebrations.

Halloween Traditions in Ireland and Scotland

Modern Halloween has its roots in Irish and Scottish Halloween traditions. The origins of Halloween can be traced to the ancient Celtic festival Samhain. The Celts celebrated the new year on the first of November, signifying the end of summer and the beginning of winter. The last day of October was the day when the boundary between the living world and the dead world blurred, and ghosts could return to Earth. To this day, the Irish and Scottish people maintain this Halloween tradition by building sacred bonfires, wearing complex costumes, fortune-telling, and consuming traditional desserts.

Mexico doesn’t celebrate Halloween, and instead celebrates El Día de Los Muertos or “Day of the Dead.” At midnight on Oct. 31, the souls of deceased children return from heaven and reunite with their families on Nov. 1. The souls of deceased adults return on Nov. 2 to reunite with their families as well.  Altars decorated with flowers, candles, and traditional foods are built in family homes to honor the deceased loved ones. The celebrations go from home to the graveyard, where people gather to have picnics and celebrate/connect with the loved ones that have been lost.

England has only recently started celebrating Halloween with the same fervor as other countries. Their celebrations are based in pagan festivals, similarly to the Halloween traditions of Scotland and Ireland. When Halloween first started being celebrated by England, people wore costumes when venturing outside to avoid being harmed by spirits that had returned to Earth. Now, many of the Halloween traditions in England are the same as those in the United States and people engage in trick-or-treating, watching horror films, and wearing fun costumes.

China’s Halloween celebrations aren’t held on Oct. 31. The most popular celebration in China is The Hungry Ghost Festival, which falls on the 15th day of the seventh lunar month—generally in the middle or end of August. This is the month when spirits, particularly restless ones, roam the Earth. The Chinese people make offerings to appease these ghosts while also paying tribute to their ancestors. Many of their celebrations involve bonfires, where they burn fake money and other offerings to the spirits so they may use them in the afterlife. Food is also left as an offering to ensure the ghosts do not go hungry in the afterlife.

Halloween isn’t recognized on the calendar in Poland, but they still have Halloween traditions. While modern celebrations of Halloween are gaining traction, Poland really celebrates its traditions on the first and second days of November. These two days are national holidays: All Saints’ Day and All Souls’ Day. The Polish people travel to where their relatives were buried and gather to pray for the loved ones they’ve lost, as well as talk about all the good things their loved ones did.