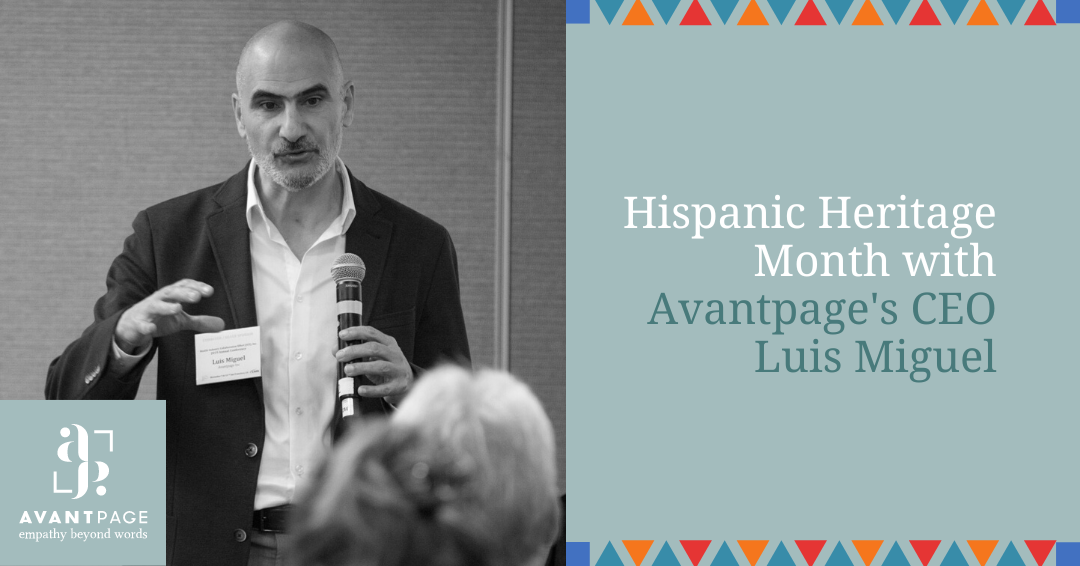 For this year’s Hispanic Heritage Month we wanted to celebrate the contributions and achievements of those who play such a large part in our U.S. identity. We decided to talk with Avantpage CEO & founder, Luis Miguel, a bit about Hispanic Heritage Month, his own background, and a few of the many ways these individuals have and continue to play such a big part of the U.S.

Tell us about your background and identity.

In some ways I am a typical immigrant to the US, coming from Mexico attracted by the American Dream and looking for opportunity and a better life.

Yet my ancestors on both sides emigrated to Mexico from Lebanon in the 1920s, again looking for opportunity and a better life. And once in Mexico in the 1930s, both my paternal and maternal grandparents migrated from Teziutlan, Puebla, a small town to the grand metropolis, Mexico City.

So, I come from a family of immigrants with middle eastern roots, born and raised in Mexico, a country with a complex mixture of indigenous and Spanish peoples creating a pluralistic and rich culture.

What does Hispanic Heritage Month mean to you?

The United States also has a rich and complex history and Spain, the Viceroyalty of New Spain and Mexico have prominent parts in that history. A huge part of the South and Western U.S. belonged to the Viceroyalty of New Spain, a Spanish colony, until 1821 when Mexico won its independence from Spain and became an internationally recognized new country. At that time, Mexico included modern day California, New Mexico, Utah, Nevada, Arizona, Colorado and Texas among others.

Over the next 50 years the U.S. annexed about 50% of Mexico’s territory, in the process leaving millions of Mexican citizens as U.S. citizens. In addition, the border between both countries has always been very porous, with millions of people moving back and forth to this day.

Hispanic heritage month reminds me of this rich cultural, economic and ethnic mix of both countries, something that the dominant European immigrant groups suppressed for many years until very recently. Spanish is the second most spoken language in the U.S., and several of the old Mexico states, like California and Texas, will soon have more Hispanics than any other ethnic group. 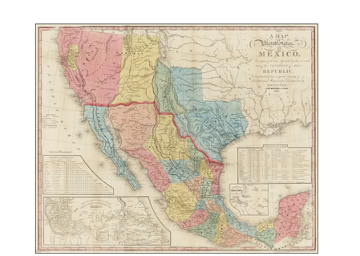 As I mentioned before, I was born and raised in Mexico. It is where most of my family still resides, and I have a deep love and respect for the country.

Since English to Spanish is about 50% of our translation work at Avantpage and we were getting most translations from Argentina [based linguists], in 2008 I decided to open an office in Mexico City to do our Spanish translation work. The translation industry in Mexico at the time was 100% focused on the internal market and had low levels of technology and modern business practices.

So I saw the opportunity to create a new translation agency niche in Mexico, modeled after the agencies in Argentina, that served the Spanish needs of the U.S. market. This provided new opportunities for work to both project managers and translators in Mexico.

What is something(s) you think the world should know about Hispanic/Latinx diversity within the U.S.?

So much substance and complexity! Not only do we have people from many Mexico regions, but also from many other former Spanish colonies including Venezuela, Argentina, El Salvador, Brazil, etc. So the ethnic, cultural and linguistic diversity within the hispanic population is enormous and very rich. The Cuban and Puerto Rican immigrants in Florida and New York have different dialects and cultures from the Mexican immigrants in Texas.

How has the linguistic scope of Spanish in the U.S. changed over the years?

The linguistic scope of Spanish has steadily increased over the years, as the Hispanic populations continue to grow, integrate and become more varied.

In many locations you have Spanish immersion programs in public schools, websites, signage and notices in Spanish, and even ES/EN bilingual people serving the public.

How do you think it will continue to change?

I have no doubt that the penetration and influence of Spanish will continue to grow in the U.S. given the higher birth rates among the Hispanic population, and the continuing renewal through our porous Southern border.

Learn more about Luis & his journey with Avantpage

Luis Miguel, CEO of Avantpage Translations, joins SlatorPod to talk about the LSP’s mission over the past 25 years of helping immigrants and other limited-English-proficient (LEP) populations.