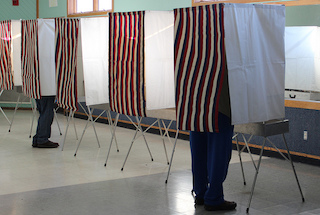 Elections season is upon us! The upcoming Iowa Caucuses and the New Hampshire primary launch the run up to the US presidential election on Tuesday, November 8, 2016.

As our immigrant population of voting age becomes more diverse, the requirements for election officers to provide election materials in languages beyond English continue to increase. China and India are now the top sources of new immigrants, replacing Mexico which held the first slot for decades.

Election translation requirements stretch across nearly all 50 states, from California, Oregon and Washington in the west, through Nevada, New Mexico and Texas, all the way to New York, Florida and Massachusetts in the East.

While Spanish continues to be the most common language spoken in the US after English, California translates its election documents into nine languages including Chinese. Alaska has native language requirements as well as a growing Filipino population that speaks Tagalog. Meanwhile, several Texas counties have significant Vietnamese populations, and New York has a large base of Haitian Creole-speaking voters.

Although the election season is in full swing, you still have time to line up a qualified and certified language services provider for your election translation project. Get in touch with Avantpage today and we will provide the voters of your state with election materials they can read in their own language in order to make informed and responsible decisions during the 2016 elections.