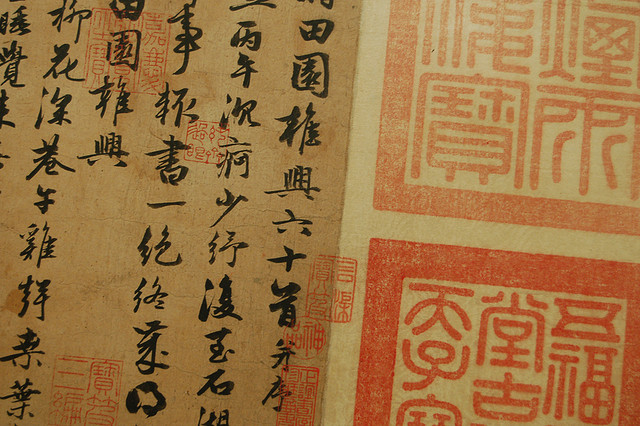 Chinese translation and localization projects are among the most common requests our clients make, and with good reason.  More than 1.2 billion people worldwide speak Chinese and it’s one of the fastest growing consumer markets in the world. Chinese is the second most commonly spoken non-English language in the United States, with over 2.8 million speakers across the country.

Translating written materials and web content into Chinese requires translation professionals to employ techniques that accommodate the differences in between Latin letters and Chinese characters. Care must be taken to convey the content’s original meaning while keeping in mind cultural implications and the nuances of the written language.

Lots of factors affect the way content is translated into Chinese. However, the first decision you must make before launching your translation or localization project is whether to translate written text into Simplified or Traditional Chinese. Let’s take a look at the differences between the two.

Traditional Chinese is used primarily in Hong Kong, Taiwan, and also among the Chinese speaking population of Malaysia. The Traditional Chinese writing system dates back to the 5th century and uses about 13,000 characters, some highly complex. It’s a nuanced and visually beautiful language, but quite difficult to learn — even for native Chinese speakers.

Many organizations find value in providing Traditional Chinese-translated printed or digital content to consumers. For instance, New York’s Metropolitan Museum of Art created an iPad app in Traditional Chinese and the Museum of Modern Art distributes maps in the language to help visitors find their way around. Likewise, most healthcare providers in the United States translate their materials into Traditional Chinese because of the history and demographic of the Chinese population in this country.

Simplified Chinese is commonly used in mainland China and Singapore; Chinese speakers in the United States generally use Traditional Chinese as well. The Simplified Chinese writing system, introduced by the Chinese government in 1949 to reduce illiteracy in China’s population,  uses about 8,000 simplified characters and is easier to write and understand.

Which type of Chinese you choose greatly depends on your goals and the audience you wish to reach. To ensure messages reach the entire Chinese target audience, many companies opt to translate documents and web content into both Traditional and Simplified Chinese concurrently for maximum impact.

Let Avantpage help you create a style guide and translation roadmap to keep your Chinese translation project consistent and on track.