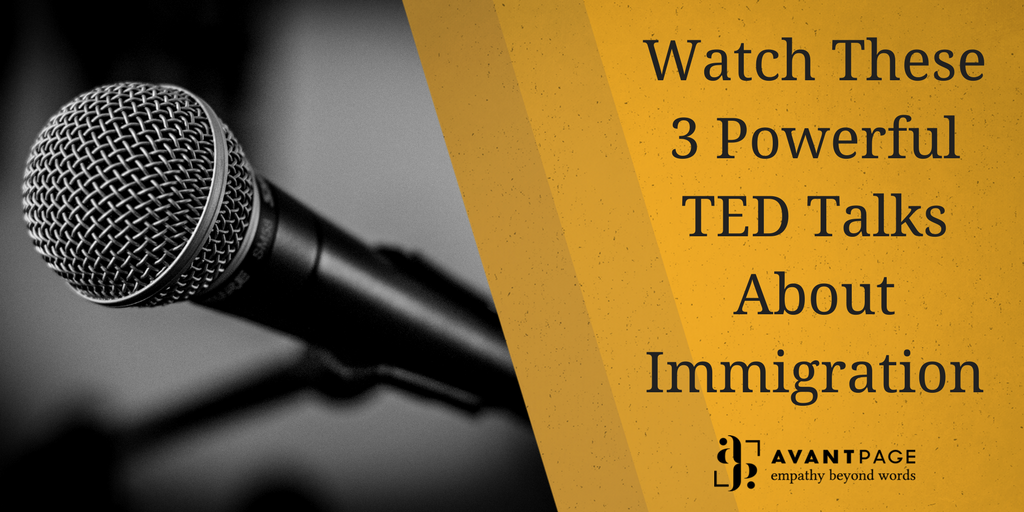 Immigration in America is an important and relevant topic of debate. In a nation that was built by and for immigrants, it is important to gain different perspectives on the lives of immigrants, their impact on the world, and their contributions to society.

Many people have spoken on this issue, but the most important voices are those of immigrants and their loved ones. Below, three notable speakers address the topics of the immigration debate, immigrants’ involvement in democracy, and the future of immigrants in America.

1. What We Are Missing in the Debate About Immigration

Journalist Duarte Geraldino delivers a powerful TED talk devoted to discussing the lives of those affected by loss as a consequence of deportation. Geraldino explains the influence deportation has not only on the individual, but on the social circles that surround them. One of the most powerful points that he deliverers incites listeners to think further into the immigration debate:

“When the social circles are weakened, a country itself is weaker. We’re missing a crucial aspect in the debate about immigration policy. Rather than focusing on individuals, we should focus on the circles around them, because these are the people who are left behind: the voters, the taxpayers, the ones who are suffering that loss.”

About the Speaker
Duarte Geraldino
@duartegeraldino
Duarte Geraldino is an American Journalist whose main focus is to travel the nation and document cultural changes and challenges. Duarte started a project called, Hear Our Stories Now, which dives into the lives of those who have lost loved ones due to deportation.

When political activist Sayu Bhojwani came from India to America at the young age of 17, she began a journey she would never forget. She wasn’t initially politically involved, but a series of factors led her to become an advocate for those who needed her most. Following the terrorist attacks in 2001, a shock wave hit her community. She realized that not only did her vote and voice matter, but other immigrant votes and voices matter as well.

“And it’s these three things — immigrants’ votes, voices and vantage points — that I think can help make our democracy stronger.”

Sayu was appointed as the first Commissioner of Immigrant Affairs for the City of New York. She is a powerful voice for those who fear to speak, and a catalyst for those who need encouragement to get involved.

About the Speaker
Sayu Bhojwani
@SayuBhojwani
Sayu Bhojwani is a political activist invested in recruiting immigrants to run for public office and creating an inclusive democracy for all. Sayu received a PhD from Columbia University and has focused her research on immigration political involvement. She is the Founder and President of the The New American Leaders.

“We are caught in this vicious cycle if you look at history. We have this notion that once we get here, and even though we are discriminated against, we are going to discriminate against that next generation.”‘

Senator Masto poses a question: “Are we doing all we can to hold open the door for the next generation once we succeed?”

Avantpage exists to help all immigrants realize their American dream. We empower immigrants to achieve their goals by providing trusted language translation, and embodying the phrase “Empathy Beyond Words.” Learn how our translation services connect industries such as government, healthcare, and elections with immigrant populations.