6 Funny False Cognates That Have A Double Meaning 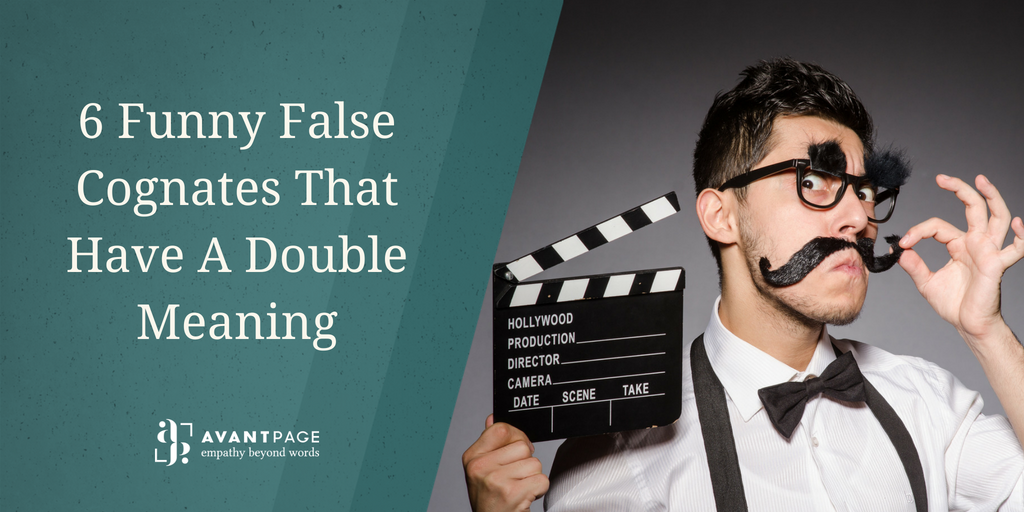 If you say “Estoy embarazada,” are you telling someone that you’re embarrassed, or that you’re pregnant?

How about your Portuguese friend tells you “Me peidei!” Is this person telling you it’s payday! Or that you may want to move to another part of the room since he or she has just passed gas?

If you chose “pregnant” and “passed gas,” then you’ve identified the perils of false cognates.

What Are False Cognates?

False cognates are pairs of words that sound or look the same (sometimes even identical) but have very different meanings. Linguists will sometimes call these words False Friends, which comes from the longer phrase “false friends of the translator” coined in 1928 by two French linguists. These words are also sometimes called deceptive words, treacherous twins or belles infidèles (unfaithful beautiful women). The term “false friends” is actually a broader category that includes false cognates, and refers to any pair of lookalike words from two languages that don’t have the same definition.

Can False Cognates Affect Your Translation?

The short answer to this question is that it shouldn’t if you’re using a professional Language Services Provider (such as Avantpage). A professional translator would usually not make a fundamental mistake such as confusing false cognates. When our translators adhere to important guidelines that guarantee high-quality translation, they always keep in mind the audience of the document. As a result, our translators and editors always consider your end-users and what false cognates may pertain to them.

When False Cognates Get Funny

Those are just a few examples of some false cognates that can cause some confusion. But, if you’re using a professional Language Services Provider, you won’t have to worry about a thing.